What Exactly Are Antioxidants? 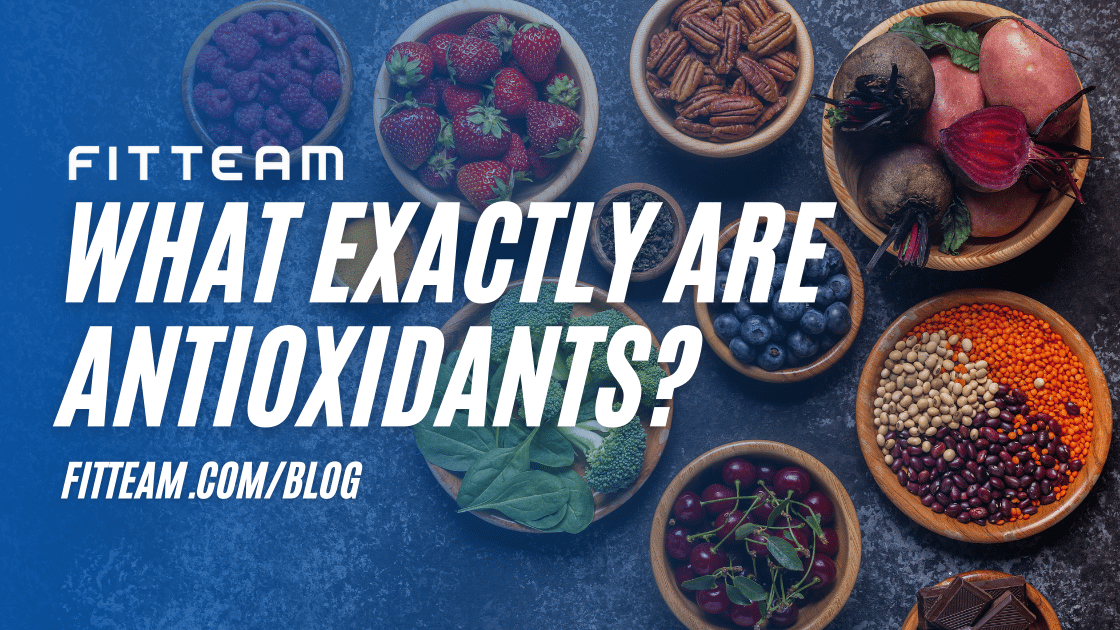 20 Jun What Exactly Are Antioxidants?

Posted at 10:00h in FITTEAM Nutrition by fitteam

You may have heard a lot of talk about antioxidants… especially when it comes to green tea, chocolate, red wine, or even coffee. However, few people know what they truly are or how they work.

Today we’re going to discuss everything you need to know about antioxidants.

So, What Exactly Are Antioxidants?

Simply put, an antioxidant is a chemical substance that protects cells from the harmful effects of free radicals (molecules produced when the body breaks down certain foods, is exposed to pollutants such as tobacco smoke or radiation, or after exercise). Free radicals can harm cells and are linked to heart disease, certain types of cancer, and other illnesses.

Your body has its own antioxidant defenses to keep free radicals in check. However, antioxidants can also be found in food, especially in fruits, vegetables, and other plant-based, whole foods. Several vitamins, such as vitamins E and C, are effective antioxidants as well. There are hundreds, probably thousands, of different substances that can act as antioxidants and the most common ones include:

Why Do We Want to Include Antioxidants in Our Diet?

As you can see, antioxidants are powerful substances with countless benefits. Did you know that each and every FITTEAM product is formulated with ingredients that contain antioxidants? In addition to the other amazing functional benefits of using the FITTEAM family of products, it is nice to know that you are also getting the added benefit of antioxidants in addition to what you are taking in through your diet!